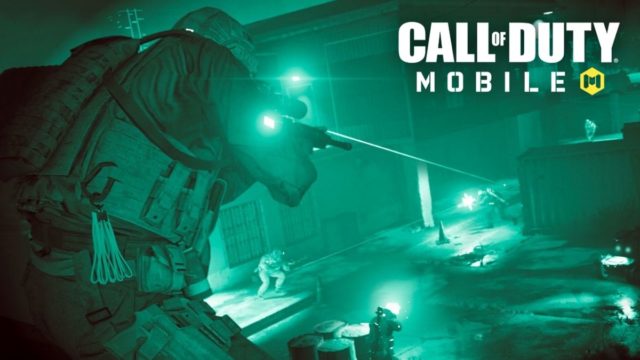 Moreover, the Call of Duty Mobile team interacted with the community through comments. While doing so, the developers confirmed that Call of Duty Mobile might get ‘Night Mode’ for the battle royale game mode. However, it’s not happening anytime soon, definitely not in the upcoming Season 13 update.

Call of Duty Mobile Season 12, ‘Going Dark,’ introduced the much-awaited ‘Night Mode‘ in Multiplayer. Along with that, the ‘Hackney Yard’ Multiplayer map is also available in the latest season.

Taking down the opponent team in complete darkness using the ‘Night Vision Goggles’ is incredible. That is why COD Mobile enthusiasts want ‘Night Mode’ to be permanent in Multiplayer.

Unfortunately, Call of Duty Mobile confirmed that ‘Night Mode’ is a limited-time mode. However, the developers may change their decision if the ‘general reception’ towards the game mode is motivating enough.

Other than that, several players went on to ask about the possibility of getting the ‘Night Mode’ in the battle royale. COD Mobile answered that query by saying that Night Mode in Isolated might happen at some point.

the ‘Alcatraz‘ battle royale map is COD Mobile’s “halfway attempt at that.” That’s because the small prison map is darker when compared to the classic Isolated map.

Sadly, Call of Duty Mobile might also remove the ‘Alcatraz’ map in the upcoming seasons. As of now, the availability of the prison map is in the discussion. If there’s a decline in the Alcatraz player count, then you may have to say your goodbyes to the fan-favorite Black Ops map.