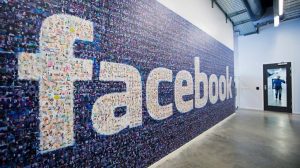 The latest Facebook user interface (UI) is a welcomed change and an easy transition from old versions. Since the dark mode option is a popular choice for apps, it makes sense that Facebook would chime in on the feature.

How to Enable Dark Mode on Facebook
Many users are switching to “the dark side of the phone’s” graphical user interface (GUI) in general. In a few years, this will become a regular thing, but “the dark side” on this one is not a bad thing at all.

In 2019, Apple introduced a global dark mode option on iOS 13. As of current, Android 10 and above support a global dark mode setting. However, Facebook does not support the “global” dark mode setting, at least not yet. Instead, Facebook is working on a Dark Mode option independent of any operating system, just as other app developers had to do for years before iOS and Android had the choice in the system.

Facebook’s Dark Mode setting is alive and kicking, but only on devices through various sources like the Windows and iOS Facebook and Messenger apps, iOS Messenger, and Android Messenger.

Did you notice that the Facebook app (not Messenger) was not mentioned for iOS or Android? It’s because the app does not offer the new option yet unless you were part of the small group that could run Facebook Beta in early 2020, or you were one of many users lucky enough to get the November test rollout on iOS. There are also browsers to consider, which have settings for dark mode.

Regardless of compatibility, each application or device has a different process of setting dark mode on Facebook, as well as Messenger. This article walks you through the various methods based on the app used and the operating system, such as Windows 10, macOS Catalina, Android 10, and iOS 13.

To turn on Dark Mode for Facebook in a Windows or macOS browser, do the following:

Find Dark Mode under the settings, then move the slider to the right to activate the option. Your Facebook pages will appear with a black background instead of white.

Note: When switching from light mode to dark mode on Facebook (while in a browser), the setting changes across the board. Every page, including Messenger, will feature the dark UI automatically.

Enable Facebook Dark Mode on Android and iOS
As previously mentioned, Messenger apps in iOS and Android include the Dark Mode feature, and they have been present for quite a while. Facebook has to wait until the official release of the Dark Mode option. The global dark mode setting on Android 10 or above (or iOS 13 and above) doesn’t change Facebook at all, at least not right now.

Enable Facebook Dark Mode in the Android App
Facebook is testing the dark mode feature in Android, but only beta testers can try it out. In case you wonder, the dark black and gray designs still include some kinks, forcing testers to switch from light to dark at various times. Aside from the main app, Messenger in Android does feature a dark mode setting, and it has for quite some time.

To check for and turn on dark mode in the Android Facebook app, follow these simple steps:

Tap “Settings” in the submenu.

If Dark Mode is available, you’ll see the option listed in the submenu. Click on “Dark Mode” to open the custom options.

Select “On” to activate Dark mode.

Facebook Messenger Dark Mode in iOS
Click on your profile pic in the top-left corner and then move the slider to the right to enable Dark Mode. That’s all there is to it!

Enable Facebook Dark Mode in iOS
The rollout of Facebook Dark Mode on iOS is underway and rapidly becoming available to more people. Android is gradually gaining momentum with the feature, but it is far behind iOS and still limited to Beta users. You’ll need to follow the steps below to see if the option is there yet for your iOS Facebook app.

On Facebook Home, tap the “hamburger” menu icon found on the bottom-right section.

Select “Settings & Privacy” in the main menu, then choose “Dark Mode” from the expanded menu.

Select your profile picture, located in the upper-left corner.

Aside from Facebook Dark Mode’s limitations, you can try your phone’s light and dark mode settings. Android and iOS offer the feature that converts colors to create a darker background for improved visibility, day or night. The iOS option has a better chance of working with Facebook right now, but there are no guarantees. The global Dark Mode setting applies the dark background to any apps that support it.

Unfortunately, there is no guaranteed way to enjoy the Dark Mode in the main Facebook app on iOS mobile unless you are lucky enough to get the current rollout. For Android, Dark Mode will have to be Messenger for now unless you have the Lite version or the Beta version, but that is better than nothing.