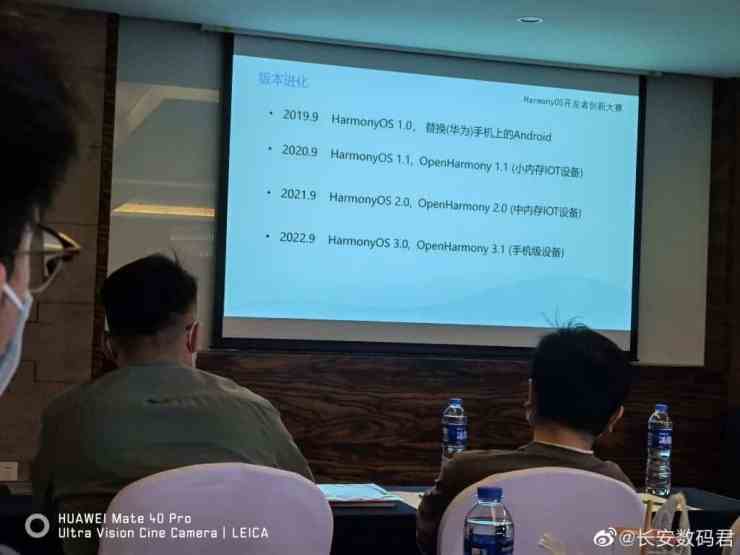 Huawei, has been working hard since the bans from the U.S. started rolling in. In fact, Huawei is doing so well to the disappointment of the U.S. The initial plan was to cripple the company’s development in terms of innovation. However, this has certainly not gone according to plan and Huawei is still thriving.

As of today, Huawei’s own operating system, HarmonyOS has over 200 million devices. Furthermore, there are more than 100 Huawei models that run on HarmonyOS. However, the HarmonyOS is yet to arrive in global models. For now, only Chinese models have this system. More importantly, HarmonyOS will usher in the most important upgrade since its inception. According to the latest report, Huawei will launch the HarmonyOS 3 operating system this year.

Global users of the HarmonyOS 3.0 are highly anticipating the arrival of this system. However, there is no update as to when this system will launch globally. According to reports from digital tech blogger @changan, the HarmonyOS 3 system will be official in September this year. At present, Huawei has already released the developer preview version of HarmonyOS 3.0. This early release of the system will allow developers to prepare and develop in advance. Huawei claims that HarmonyOS 3 continues to innovate around the three core values ​​of system architecture, hyperterminal, one-time development and multi-terminal deployment. This brings system capabilities, development and comprehensive upgrades.

It is worth mentioning that Huawei’s next-generation flagship mobile phone, the Huawei Mate 50 series, is likely to debut with the pre-installed HarmonyOS 3 system. However, this is not the only information about the Huawei Mate 50 series. There are reports that this upcoming flagship smartphone will come with the flagship Snapdragon 8 Gen 1 SoC. However, this flagship processor will only support the 4G network.

The Qualcomm Snapdragon 8 Gen 1 adopts Samsung’s 4nm process, and the CPU supports the ARMv9 instruction set. This chip upgrades to the new generation Cortex X2, A710, and A510, with frequencies of 3.0GHz, 2.5GHz, and 1.8GHz respectively. The performance is 20% higher than the previous generation, and the power consumption is reduced by 30%. The GPU upgrades to the latest Adreno chip which improves the performance by 30%. Furthermore, the power consumption of this flagship processor reduces by 25%.

In terms of cameras, the Huawei Mate 50 series has improved compared to the Huawei P50 series. Although it is still at the flagship level, there is basically no difference compared to the serious camera rolls in the mobile phone industry this year.