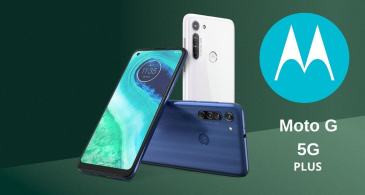 Motorola will be hosting a launch event today. According to reports, it is said that the Lenovo-owned company will unveil the Moto G 5G and Moto G 5G Plus smartphones at the event. The smartphone series is the first set of 5G enabled smartphones to be produced under the Motorola G-series.

Recently, a Motorola device with model number XT2075-3 was certified by the Federal Communications Commission (FCC) in the U.S. Initially; the device was believed to enter the markets as Motorola Edge Lite. However, it was later revealed that it would be making its way into the market as Moto G 5G Plus.

Also, some details of the phone have surfaced through its FCC and TUV Rheinland listings.

FCC listing reveals that the XT2075-3 device will be 5G ready. It will sport a dual-band Wi-Fi, GPS, GLONASS, and NFC. Furthermore, the TUV Rheinland listing mentioned that the device would debut with a 5,000mAh battery with 4,700mAh rated capacity. It will support 20W of fast charging.

The Moto G 5G Plus also appeared on Geekbench with a Qualcomm octa-core processor with a base frequency of 1.8Hz. The Geekbench listing further reveals that the phone could feature the Snapdragon 765G SoC. It will arrive with 4GB of RAM and a 90Hz display with two punch holes on the screen.

There is some confusion concerning the launch of the device. It is speculated that the XT2075-3 will launch as Moto G 5G in the U.S and as Moto G 5G Plus in other markets.