Nokia announced its licensing deal with a Chinese firm named RichGo. Following the agreement, RichGo began the production and sales of Nokia-branded earphones in China.

After announcing a few earphones in China, the firm has once again launched a new earphone under the Nokia brand name. The Nokia Pro True Wireless Earphones or the Nokia P3802A. 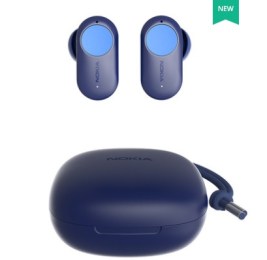 However, the new earphone from RichGo arrived as the same model that launched earlier only with a slight difference. It has support for active noise cancellation.

Further, the all-new Nokia earphone houses a 12.5mm dynamic driver that enhances the bass of audio and also helps produce more detailed and quality sound. The feature allows the user to enjoy clear, balanced, and well-distributed audio that delivers quality sound at all volume levels.

Also, the True Wireless Earphones support voice commands for apps like Siri and Google Assistant. Voice triggers make it convenient for the user to get directions, check calendars, or even initiate a phone call without touching the connected smartphone.

On the inside, the Nokia Pro True Wireless Earphones house a 720mAh battery. According to the company, the battery offers the user with up to 35 hours of music playback when fully charged.