OPPO  recently started releasing teasers of the upcoming OPPO A15 budget smartphone through a page on Amazon India. Finally, the OPPO A15 has emerged in India today in all of its glory.

The phone launched as the second smartphone in the A10 series after the OPPO A12 rolled out a few months ago.

The OPPO A15 has a curved back panel, and its frame is made from polycarbonate. The smartphone weighs 175 grams and has a dimension of 164 x 75 x 8mm. 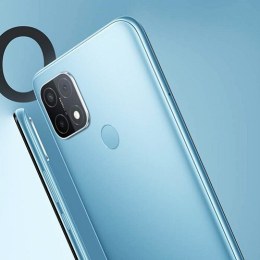 The OPPO A15, though an entry-level device, has a significant feature that automatically regulates the brightness of the phone’s display based on the usage pattern of the user.

On the inside, the modest Helio P35 chipset powers the OPPO A15. It arrives with 3GB of RAM and 32GB of native storage space. Also, it has a MicroSD card slot for storage expansion.

For software, the OPPO A15 comes pre-loaded with the ColorOS 7.2 based on the Android 10 OS.

For an entry-level device, it sports a befitting camera system. The phone sports a 5-megapixel front-facing lens, which allows the user to take selfies and make video calls.

On the rear panel, the OPPO A15 has a square-shaped camera module, which consist of a 13-megapixel primary sensor, a 2-megapixel bokeh lens, a 2-megapixel macro camera, and an LED flash.

It draws power from a 4,230mAh battery that has support for only 10W charging. Not bad for an entry-level smartphone.

In India, the OPPO A15 retails for Rs 10,999 (~$203). The device soon be available for purchase through Amazon India in colour options like mystery blue and dynamic black.