The OPPO A15 entry-level smartphone was launched few months ago. The handset arrived in India with a price tag of Rs 8,990 (~$122).

A tipster recently shared the promotional image of an upcoming OPPO device, and according to the tipster, OPPO is getting ready to launch a higher sibling of the OPPO A15. The higher variant of the phone is named OPPO A15s. 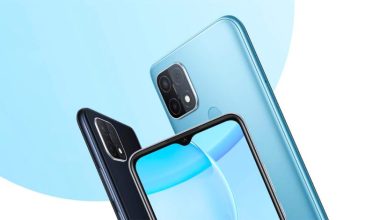 Looking at the image, the design and a few specs of the upcoming handset are now confirmed.

Following the revelation, it is likely for the smartphone to arrive in India soon.

It’s not yet confirmed whether the OPPO A15s will be introduced into other markets, but already, the handset has appeared in the database of some certification platforms like Malaysia’s SRIM, Europe’s EEC, and Singapore’s IMDA.

The image on the poster reveals that the upcoming OPPO A15s has a sleek finish with a square-shaped camera module on the backside.

The module features an AI triple camera system that comprises of a 13-megapixel primary shooter and a pair of 2-megapixel sensors.

On the backside as well, is a fingerprint scanner for unlocking the device.

Unfortunately, the front side of the phone was not disclosed in the poster, but inscriptions on the poster state that the OPPO A15s will arrive with a 6.5-inch display that supports an HD+ resolution.

For the internals, the OPPO A15s will feature 4GB of RAM and 64GB of native storage. It is likely it comes with the same modest Helio P35 chipset that drives the OPPO A15.

The phone may debut with a 5-megapixel selfie snapper and a 4,230mAh battery.