Realme Launches the V3 5G phone in China with a 5,000mAh Battery

Realme announced the V3 5G smartphone alongside the much anticipated Realme X7 and Realme X7 Pro smartphones in China.

For an affordable price, the smartphone packs some quite attractive features that would offer the user with a thrilling Android experience. 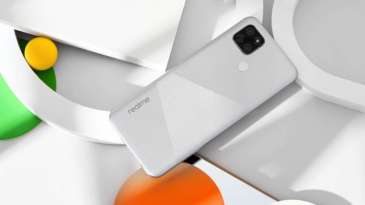 Under the hood, the Dimensity 720 chipset, which clocks at 2.0GHz, powers the smartphone. The chipset is accompanied by up to 8GB of LPDDR4x RAM and up to 128GB of UFS 2.1 storage.

The Realme V3 5G houses a massive 5,000mAh battery, and it has support for fast charging through its dedicated 18W charger.

On the back panel, the phone carries a square-shaped module that houses a 13-megapixel primary camera with an f/2.2 aperture, a 2-megapixel macro lens, and a 2-megapixel depth sensor.

As for connectivity, the handset has support for dual SIM, GPS, Wi-Fi 802.11ac, Bluetooth 5.0, USB-C, and a 3.5mm headphone jack. It also features a rear-mounted fingerprint scanner and comes pre-loaded with the Realme UI based on Android 10 OS.

The Realme V3 5G is available for pre-order in China. It will go on sale for the first time on September 9. It is available in Moonlight White and Sea Blue colour options.