Fedorov posted the open letter on his Twitter account, saying he had contacted Apple CEO Tim Cook to urge him to stop supplying Apple products and services to Russia. Fedorov also specifically mentioned cutting off Russians’ access to the App Store . 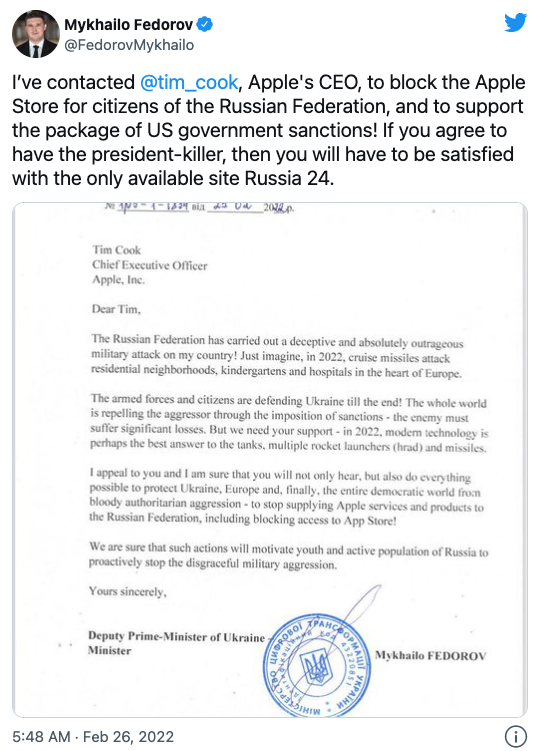 “I call on you to stop supplying Apple services and products to the Russian Federation, including blocking the App Store!” he wrote in the letter, “We are convinced that such actions will prompt Russia’s young and active population to take the initiative to stop shameful military aggression. “

SEE: Meta bans Russian from advertising on Facebook and more

On Thursday, the White House unveiled a package of sanctions in response to the Russian intrusion, including blocking Apple and other U.S. companies from providing services to the Russian military or Defense Department. However, Fedorov was more demanding, calling on Apple to stop providing services to the whole of Russia. Apple has yet to comment.

Starlink service has been activated in Ukraine