Huawei P40 Pro case show a penta camera on the back, flat screen on the front (Images) 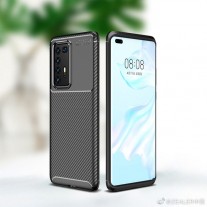 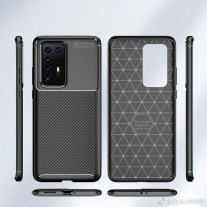 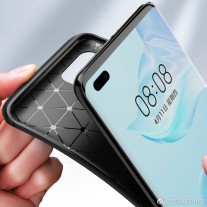 Last month we saw the Huawei P40 Pro in some renders by OnLeaks, but they were too dark to gather much beyond the outline of the rectangular camera island. Alleged renders for a protective case now offer a better look at the phone.

The camera hump shows five cameras, matching the rumors so far. The one in the top right appears to be a periscope cam (the P40 Pro is supposed to feature 10x optical zoom), though case renders are not usually reliable about such things. From a recent leak we know that the Huawei P40 will have a triple camera instead.

The front of the P40 Pro is quite interesting as well. Probably the first thing you notice is the dual punch hole selfie camera, similar to the nova 6 5G. But also have a close look at the screen – its sides are not nearly as rounded as the ultra-curved “Horizon Display” on the Mate 30 Pro.

You can even see traditional hardware keys on the side, rather than on-screen controls (we know not everyone was a fan). For what it’s worth, the OnLeaks renders also hint at a mostly flat display.

There’s no 3.5mm headphone jack, that’s probably reserved for the non-Pro model. The top side of the phone seems to house an IR blaster.

The Huawei P40 and P40 Pro will be unveiled at the end of March in Paris with the Kirin 990 chipset on board and likely no Google services.