However, Xiaomi is not looking to please its international customers alone. So, after the launch of the earlier stated trio, the Chinese manufacturer announced two new Mi 10 series smartphones in its home country. 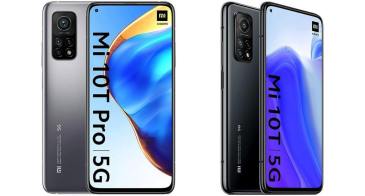 The company announced the Mi 10 Youth Edition and the Mi 10 Ultra exclusively for the Chinese market.

After releasing five different smartphones under the Mi 10 series, Xiaomi is not done yet.

The brand is all set to announce two more smartphones under the Mi 10 series. The two devices are named Mi 10T and Mi 10T Pro.

In the past, multiple leaks in the form of renders of the smartphone have surfaced online.

Now, the entire specs of the smartphones have surfaced online as well.

A couple of days back, the two smartphones appeared on Amazon. The Amazon listing of these phones did not reveal their entire specs, but it showed their design.

A day after, MuyComputer shared the full spec of the Mi 10T and the Mi 10T Pro.

According to the website, the two smartphones will run on the Qualcomm powered Snapdragon 865 SoC.

The standard model of the phone will arrive with 6GB of RAM while the Pro model would feature 8GB of RAM.

Before now, previous reports claim that the phones will come with OLED panels. In contrast, this new leak mentions that the duo will sport 6.67-inch LCD panels that support Full HD+ resolution of 2340 x 1080 pixels and a screen refresh rate of 144Hz.

The leak further mentions that the Mi 10T Pro would pack a triple camera setup, which consists of a 108-megapixel primary lens alongside an ultra-wide 20-megapixel shooter and a 12-megapixel telephoto camera.

The display on the phone features a 20-megapixel snapper in the top-left aligned punch hole.

The Mi 10T sport the same triple camera setup as the Pro variant, except the 108MP sensor is replaced for a 64MP primary lens.

The upcoming smartphones will run on the MIUI 12 based on Android 10 OS. The two devices will each rely on a 5,000mAh battery for backup.